The Future Of Print Media 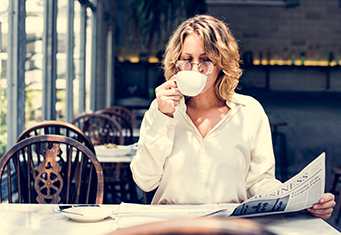 In the 21st century we cannot talk about media without mentioning Digital media. The Digital Revolution also known as Third industrial revolution has changed the industrial game all together. The beginning of the digital revolutions goes way back to the 1950’s to 1970’s with the adoption of digital computers and digital record keeping systems. Although digital revolution began in 1950’s in the developed countries it has only caught up now in developing countries and more so in India. Digital media, in India, is catching up and growing at a staggering rate of 32.8%. Even though print media has shown a decline in revenue in the developed countries due to ungovernable change to digital media, in India on the contrary print media has only shown growth in the past few years. We can believe this to be an outcome of the growing literacy rate in India. Shashi Sinha, CEO, IPG Mediabrands, said print is also growing because of the credibility it offers in this era of fake news. “India is the only market in the world where print continues to be dominant and is growing in all aspects — circulation, readership and geography. Many officials in the media also claim print to be the most well researched and authentic form of information, making the medium the most creditable and hence relevant for advertisers. Below are a few undeniable positives of print that still makes it powerful and reliable in India.

Benefits of print media in the Digital world

The literacy rate in India is growing with the youth literacy rate being 86.1% as compared to adult literacy rate of 72.1%. This advocates for the fact that print media is not dying anytime soon in India, especially for the local language newspapers. Although it is the digital ear, every household in India will still have the same morning sight as they have seen for the past many years ‘elder person in the family reading a newspaper while sipping on tea/coffee’ and we don’t see that changing at least for the next 10 years.